Not what you were looking for? See more: LED Spot/ Reflectors

This non-dimmable lamps offer massive energy savings without compromising on brightness and also offers a lamp life of 25,000 hours and is suitable for fire-rated fittings.

This LED is available in warm white, which is commonly used in living areas and office reception areas. It's also available in cool white as well.

LED bulbs last 30-50 times longer than incandescent or halogen light bulbs and cost far less to operate. For example, if you switch just four traditional bulbs to the Bell 12W ES Non Dimmable LED R80 Reflector Lamp, and use your lights for an average of three hours per day, you can save  more than £300 in electricity costs over the lamp's lifespan.

*based on average use of 3 hours per day and 14p per kW of electricity, compared to using a filament lamp.

Delivery - Despatch
Orders placed on Monday to Friday before 15:00 will be picked and packed for despatch on the next available working day where items are in stock (So far this year 96% of our orders have been despatched the same working day).

Orders placed over the weekend or on public holidays will be processed on the next working day (although we can often arrange Saturday and special late despatches - just give us a call).

Our delivery methods are:

UK Royal Mail - standard delivery @ £5.99
Orders will be despatched via Royal Mail 1st Class. The parcel will not be tracked and does not require a signature at the time of delivery. Usually takes 1-2 days for delivery.

Next (Working) Day Delivery
This option can be selected on products marked 'Available for Next Day Delivery'. If this option is chosen and the order is completed before 15:00 it will be despatched on the same day and usually delivered within 1-2 working days - providing your item is in stock.

You will receive an email confirming receipt of your order together with a tracking code if coming via DHL  - so you can follow the progress of your order or reschedule delivery.

DHL is the largest express carrier and package delivery company in the UK - so you can be sure your goods are in safe hands. The parcel will require a signature at the time of delivery.

*Free delivery is not available for orders to Northern Ireland.

We offer a 14 Day cooling off period. If for any reason you are not completely delighted with your purchase you may download a Returns Form and return it within 14 days of receipt for a full refund or exchange (For the same item only).

Delivery costs back to us are not refundable unless there is a fault/damage with the item and it is reported within 28 days of receipt. If that is the case then please contact our sales team on 0330 900 9103. 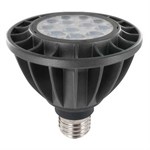 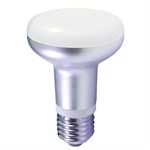 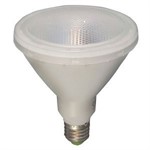 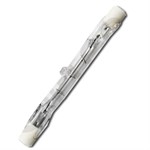